Holachicas !!
I continue my vacation days as we saw in the previous post I stayed at La líneade la concepción in the Asur Hotel Campos de Gibraltar.
The second day I was at the BahíaPark water park, it is not in the line of conception but in Algeciras, which is very close, for which you are Badajoz is very similar to Lusiberia or just want to call aquapark now.
Paradesplazaros if you are in the line of conception you need car but it is very close.

They have 2 or 3 places to eat in this case the food is cheaper than in other parks I think it was about € 7, although as you can imagine the quality of the food is quite poor. Although in these places we usually look little quality because at least in my case I always look for fast food.

The prices are equal € 19 per day, what I do not like is that it has hardly any grass and They charge you up for breathing. But it's worth it.
The attractions that you liked the most:
The first the niagara , when you go for that bigger blue you see the little stars, If you look at the end they have put up mats because of the jumps they got there. I took a jump that I swear I thought I was leaving the room.
In this case it is better to be with someone who weighs more than you, because they are mounted two normal people or two thin people fly.
The wave pool , is the same as in all water parks. The only difference you found is that every 25 minutes they have a different show pepa pig, piolín ... temueres of laughter, because you do not see yourself, but you do see how others make eltonto.
El zig zag , also all the amusement parks but I never get tired. They are tubes in which you tetiras with a float.
Pool of the bucket , when you least expected the cube was turned around and if you catch it by surprise you get a good scare.
In that same place there is also the jacuzzi and the zip line that when I was up I almost turned down the stairs to avoid throwing myself, it gave me a little bit of fear, because from below it seems like little thing but when you're up the thing already changes.
In the end I pull because if I do not do it I would remember it all my life but to migrate surprise later I liked it and I shot another 3 times more.
Lo que menos I liked the theme of the lawn, it has very little, obviously for people to pay also the hammock that I think is around 3 euros. I think that with the 19 euros of the entrance the price is already very high for what it is, so that they charge you for everything.
In short, I liked the bahia park water park
strong>, but I think there are things that need to be improved.
Have you ever been to the Bahia de Bahia Water Park ? Kisses 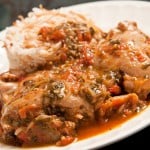